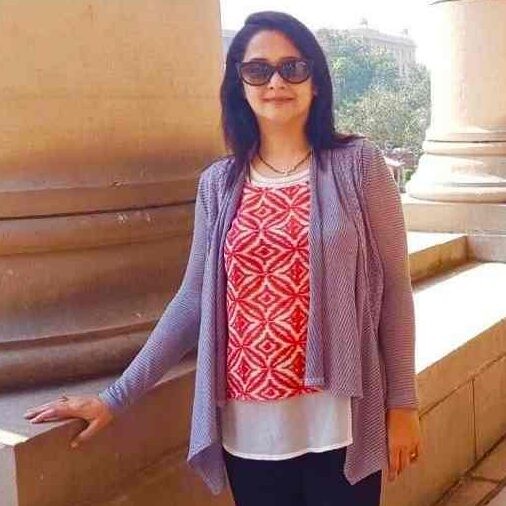 Mrinal Kulkarni is an Actress and Director, She was born on 21 June 1968, in Pune, Maharashtra, She is known for her famous role ‘Son Pari’, which was a Hind TV serial and was very popular. Mrinal has worked in Marathi as well as in Hindi Films.

When Mrinal was 16 she made her debut for the Marathi TV serial ‘Swami’, she was portraying the role of Peshawe Madhavrao’s wife ‘Ramabai Peshawe’. Mrinal debuted as Director by Marathi film ‘Prem Mhanje Prem Mhanje Prem Asta’, for the same film Mrinal has written the story.

Note: This is the Estimated Income of Mrinal, She has never revealed her income.

Mrinal completed her college at Pune university, and her higher education qualification is a Master’s Degree in Linguistics.

Mrinal is from a Marathi Brahmin family, Her father’s name is Dr. Vijay Dev, and her mother’s name is Veena Dev. Her Sister’s name is Madhura. Mrinal lost her father on 11 April 2019, due to his health illness.

In 1990, Mrinal got married to Ruchir Kulkarni, he was Mrinal’s childhood friend. Mrinal and Ruchir have a son Virajas.

Mrinal donated to NGOs and trust, she has never revealed her donation, According to MarathiBio.com.

Her Husband's name is Ruchir Kulkarni, they got married in 1990.

Mrinal Popular role of her Carrer?

Her Popular role is from the Hindi language TV serial 'Son Pari.'