The Pontiac Aztek is a mid-size crossover SUV marketed by General Motors from the model years 2001 until 2005, along with a rebadged variant, the Buick Rendezvous. As a 5-door crossover with a front engine with front-wheel drive and optional all-wheel drive, the Aztek featured a four-speed automatic transmission with a V-6 engine. 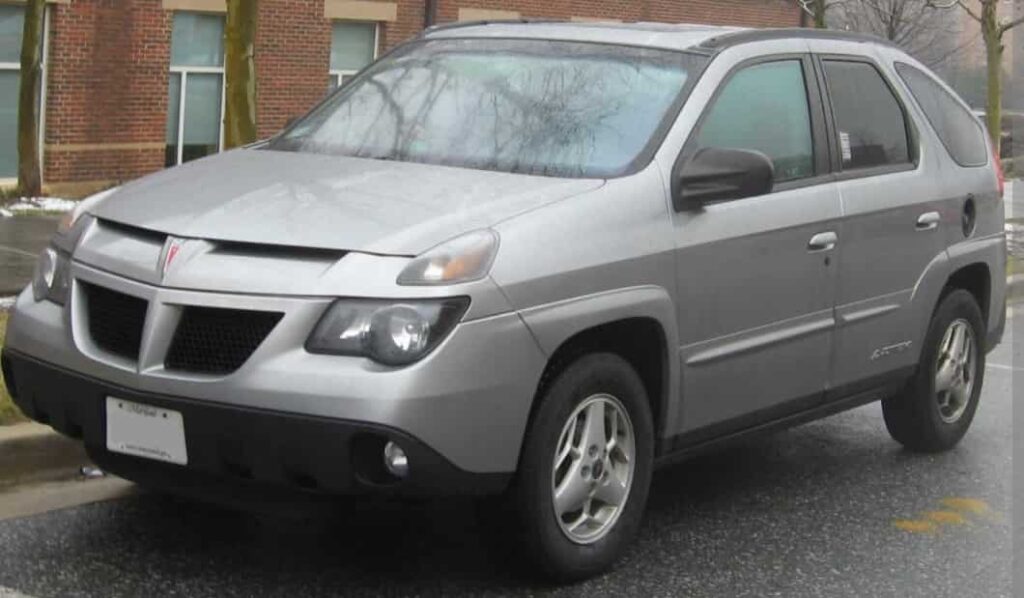 The design employed conventional rear outswing doors rather than sliding doors and a bi-parting rear tailgate, the lower section formed with seat indentations and cupholders. The Pontiac Aztek was noted for its controversial styling. Pulitzer Prize-winning automotive journalist “Dan Neil” has named it one of the worst cars of all time.

AMC designer Richard Teague will always be remembered for designing some of the most fantastic cars. But the AMC Gremlin is not one of them. The AMC Gremlin is a subcompact automobile introduced in 1970, manufactured and marketed in a single, two-door body style by American Motors Corporation. 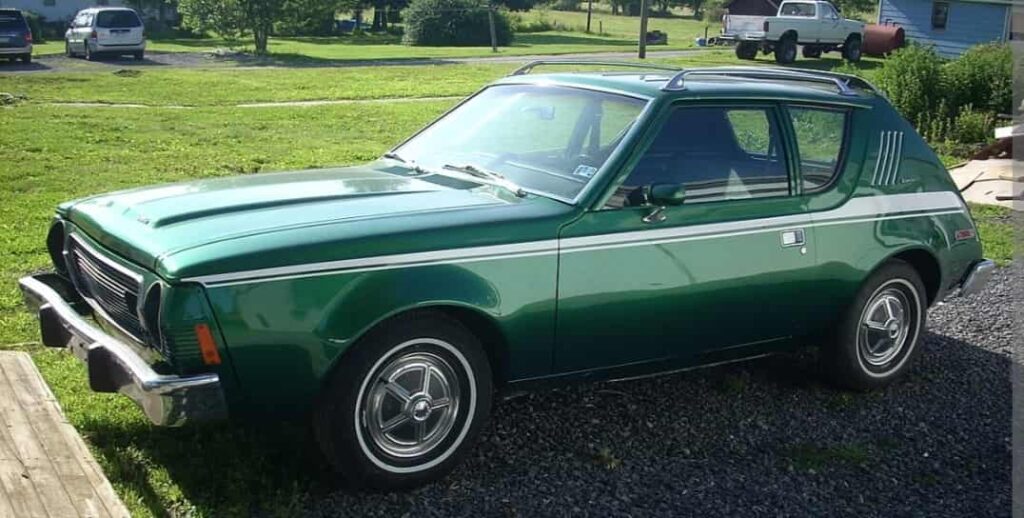 The 1970s were one of the most volatile periods in the history of the automobile industry which is renowned for its ups and downs. An article published by Time in 2007 included the Gremlin as one of “The 50 Worst Cars of All Time”, describing it as an AMC Hornet with the rear end whacked off, and criticizing its exterior proportions, with a long low snout, long front overhang, and a truncated tail, “like the tail snapped off a salamander”.

Italian designer “Giovanni Michelotti” styled the Triumph Stag. The car was launched in 1970, to a warm welcome at various international auto shows. In the UK the Stag was an immediate success for Triumph with a 12-month waiting list rapidly being established and cars changing hands at well above list price.

But when it was released into the US, its main target market, it rapidly acquired a reputation for mechanical unreliability, usually in the form of overheating. These problems arose from a variety of causes. A second cause of engine trouble was the lack of attention to corrosion inhibitors in the coolant. The block was made from iron and the heads from aluminum, a combination that required the use of corrosion-inhibiting antifreeze all year round. This point was not widely appreciated by the owners. Time magazine rated the Triumph Stag as one of the 50 worst cars ever made.

The AMC Pacer is a two-door compact car produced in the United States by American Motors Corporation (AMC). The Pacer was designed to attract buyers of traditional large cars to a smaller package during a time when gasoline prices were projected to rise dramatically. Additionally, gasoline prices remained high, limiting demand for V8-powered vehicles. 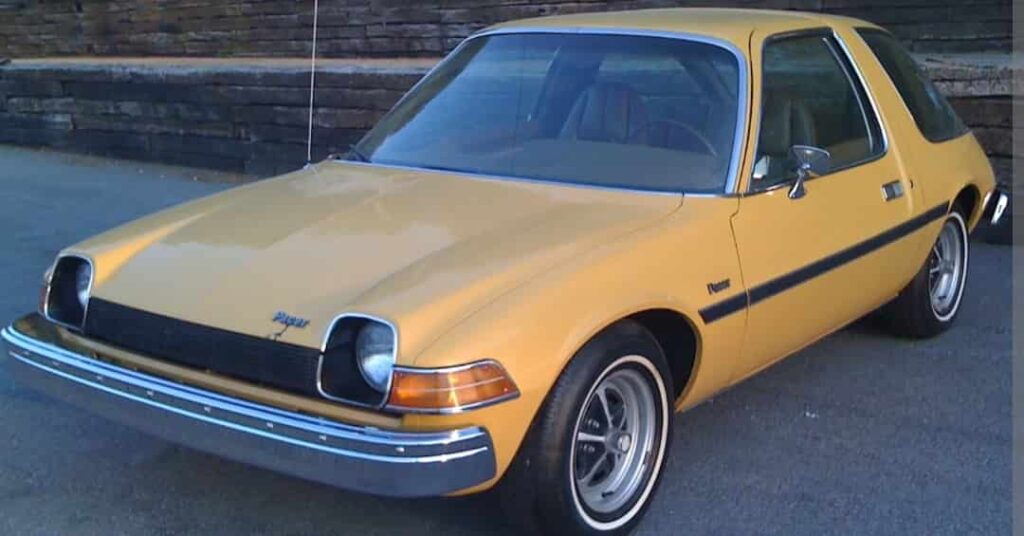 The Pacer has been described as one of the formerly unloved cars from the 1970s that are enjoying a resurgence in both collectibility and auto restoration, especially among fans of cars from that era. By 1978 the luster had worn off the design, and as more sophisticated competitors were introduced, the press began criticizing the lack of power and performance.

The Cadillac Cimarron is an entry-level luxury car manufactured and marketed by the Cadillac division of General Motors for model years 1982–1988 over a single generation, with a mild facelift in 1985. It became one of the most controversial examples of badge engineering in the American automotive industry, sharing much of its entire design, including its exterior, with the Chevrolet Cavalier and GM’s other brand variants.

Forbes placed the Cimarron on its list of “Legendary Car Flops”, citing low sales, poor performance, and the fact the car didn’t work, coming from a luxury brand. CarBuzz called the Cimarron a textbook example of what goes wrong when a carmaker tries to badge engineer an economy car into a luxury car. This caused Cadillac’s share of the US market to decline from 3.8% in 1979 to 2.2% in 1997.

The Suzuki X-90 is a front-engine, rear or four-wheel drive, two-door, two-seater SUV manufactured and marketed by Suzuki for the model years 1995 to 1997. The X-90 was the base vehicle for Red Bull’s advertising vehicles, which featured a 1.5 m (5′) mockup of the company’s product that can be mounted over the trunk. 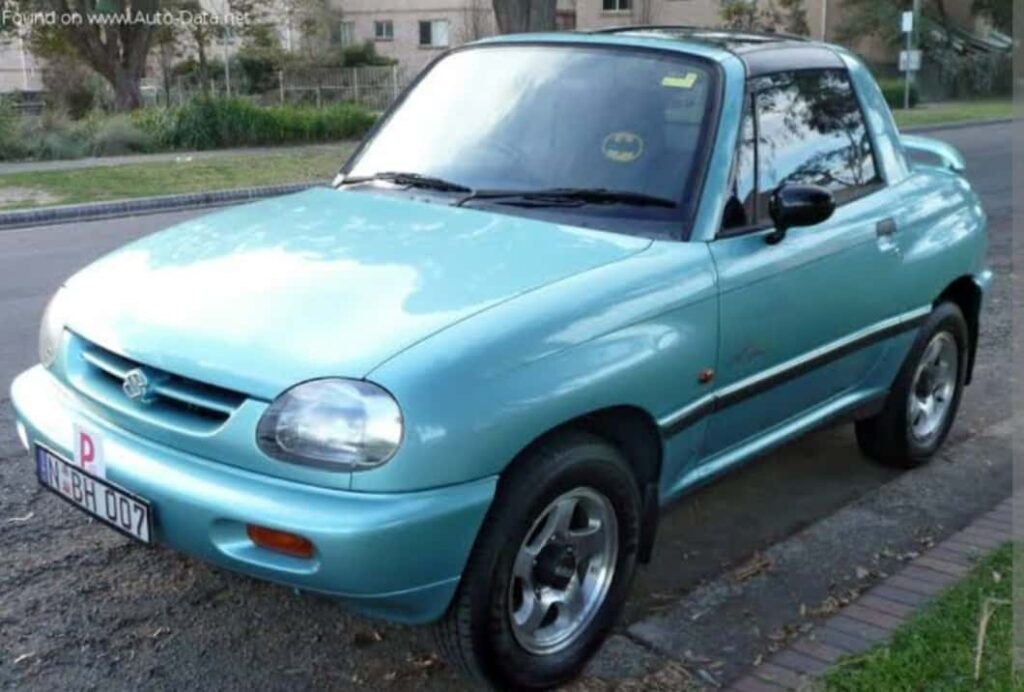 The Austin Allegro is a small family car that was manufactured by the Austin-Morris division of British Leyland from 1973 until 1982. The Allegro was designed as a replacement for the Austin 1100 and 1300 models. 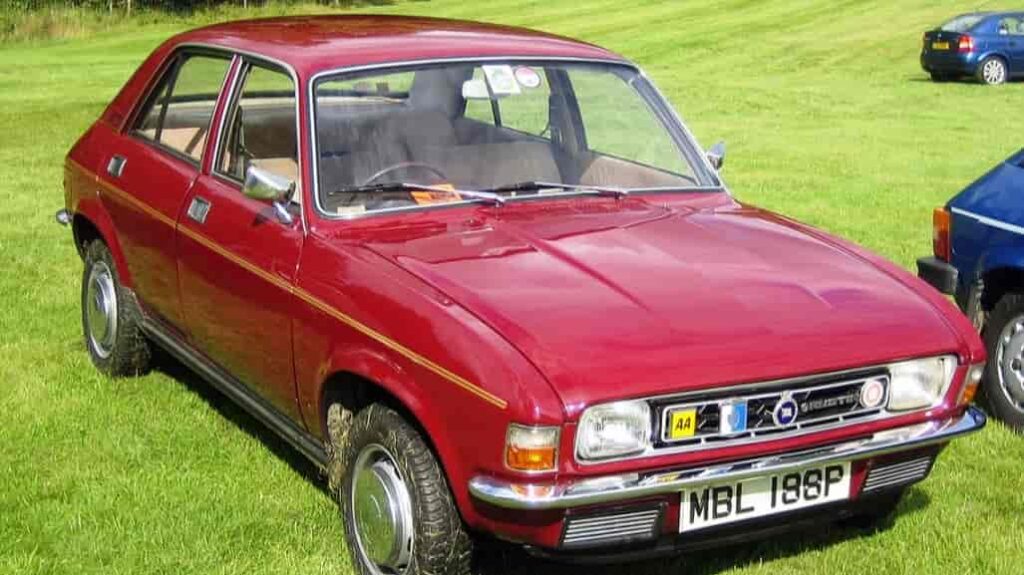 The poor reputation of the car and the inefficient production and management techniques in British Leyland at the time at which it was produced have meant that the Austin Allegro has become associated with waste, inefficiency, and poor quality. The Allegro is generally considered amongst the most disreputable British Leyland models. It was placed second worst on the list by the writer “Richard Porter”. Apart from that it was reported in various magazines that Allegro’s non-existent rust problems, create a serious image problem.