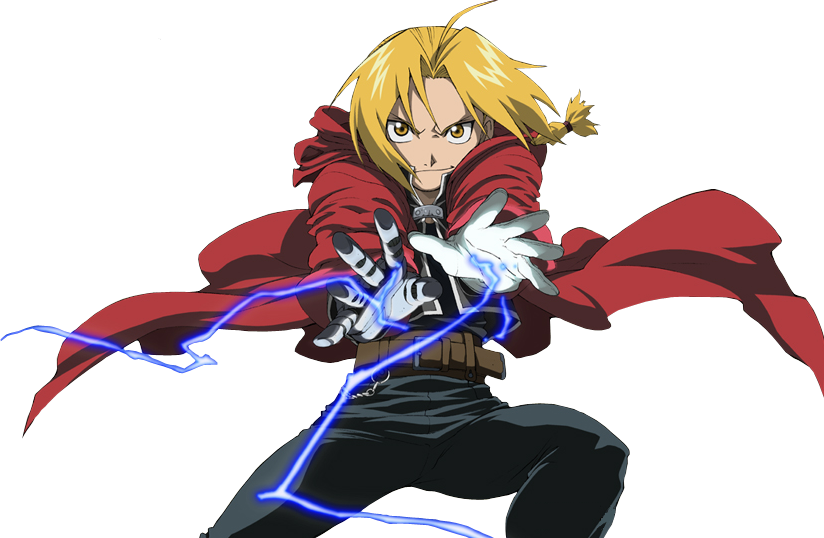 Edward Elric is a fictional character and the titular protagonist of the Fullmetal Alchemist manga. The series was created by “Hiromu Arakawa”. Hagane no Renkinjutsushi is the youngest State Alchemist in the history of the fictional country of Amestris. Elric has appeared in other media like video games, original video animations, and light novels. Romi Park and Vic Mignogna the Japanese and English voice actors have won several awards for their performances as Edward.

In 2017, the live-action film was based on the series Edward. The Japanese singer and actor ‘Ryosuke Yamada’ has portrayed the role of ‘Edward’. The character ‘Edward Elric’ has been well received by manga readers. Edward has won the ‘Twenty-sixth Annual Animage Readers Poll’ in the “Favorite Male Character”. Edward ranked at the top of the “Newtype” magazine in July 2009. He was voted as the fourth most popular male anime character from the 2000s. He was named in the list of the top 25 Anime Characters of All Time.

Edward also appears in almost all the Fullmetal Alchemist original video animations. The Elric is playable in all Fullmetal Alchemist video games like ‘PlayStation 2 – Fullmetal Alchemist and the Broken Angel’, ‘Curse of the Crimson Elixir’ and ‘Kami o Tsugu Shojo’. In 2014, IGN ranked him as the eighth greatest anime character of all time. The American voice actor and musician “Vic Mignogna” has won the American Anime Awards in the category of Best Actor for voicing Edward. 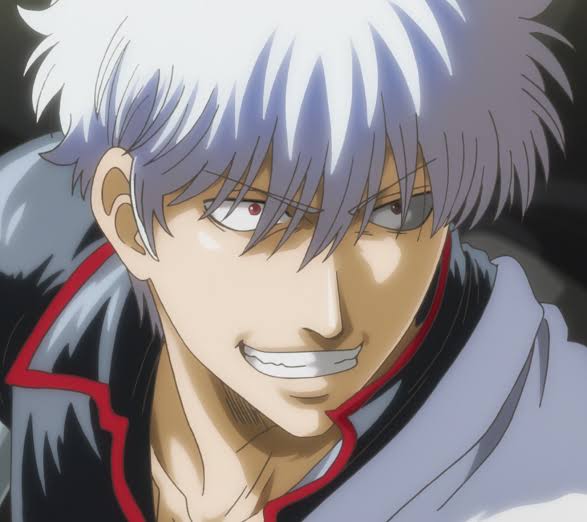 Gintoki Sakata is a fictional character in the manga and anime franchise ‘Gin Tama’. The series was created by “Hideaki Sorachi”. He is introduced as a former rebel samurai who lives in a fictionalized version of the 1860s. The Japanese voice actor and author ‘Tomokazu Sugita’ has given the voice to the character ‘Gintoki’ in the Anime series and for the English release of the first movie, he was voiced by ‘Chris Patton’.

Gintoki’s character has appeared in various video games based on the Gin Tama series. Gintoki Sakata has featured in the videogames like ‘Weekly Shonen Jump’, ‘Jump Super Stars’, ‘Jump Ultimate Stars’, ‘J-Stars Victory Vs’, and ‘The King of Fighters All Star’. He is the most popular character in the series based on polls taken within Weekly ‘Shonen Jump’ magazine.

Gintoki is the second most appealing male character overall and the seventh-most appealing in the “Weekly Shonen Ju” magazine. ‘Ike’ and ‘Momiken’ from the Japanese rock band “SPYAIR” commented that Gintoki was their favorite character from the series. Gintoki has also remained highly popular with Gin Tama fans, ranking first in all of the popularity polls. 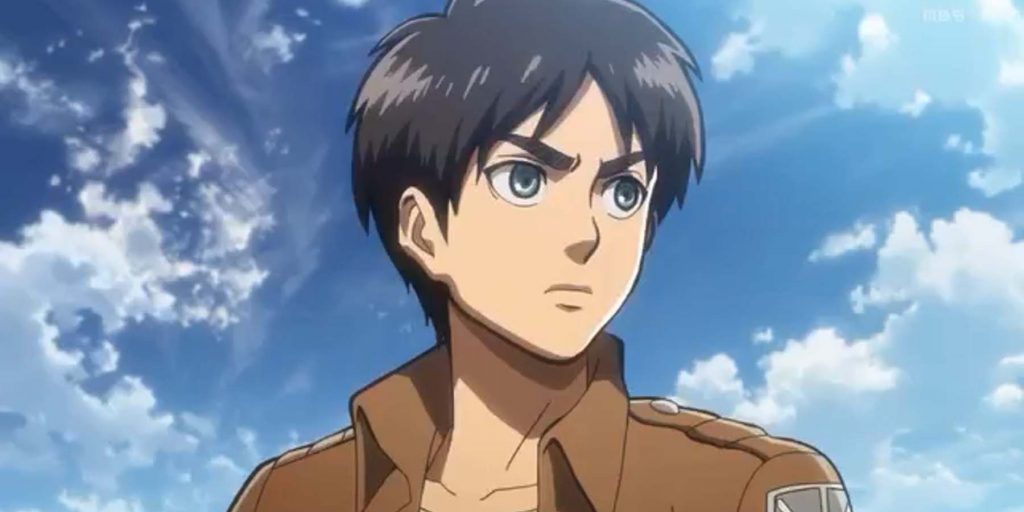 Eren Yeager is a fictional character and the protagonist of the Attack on Titan manga series. The series was created by “Hajime Isayama”. Japanese actor, voice actor, and singer, “Yuki Kaji” has given voice to the character ‘Eren’ in the series and American voice actor “Bryce Papenbrook” in English. In the ‘Attack on Titan: Junior High’ Eren is presented as a junior high school student who is obsessed with the Titans.

Yeager has appeared in various video games like ‘Attack on Titan: The Last Wings of Mankind’ for the Nintendo 3DS and ‘Granblue Fantasy’ for the mobile game. Eren has appeared in the parody spin-off manga Spoof on Titan. He was voted as the eighth-best male character and was awarded the ‘Newtype anime awards’ in 2013. In “Animage’s Anime Grand Prix” magazine, Eren ranked as the fourth most popular male anime character. The Japanese voice actor “Yuki Kaji” ranked first among all voice actors. Yeager was nominated for multiple categories likes ‘Most Valuable Player’, ‘Darkness’, ‘Hot’, and ‘Brave’.

He has won the ‘Hot Award’. The ‘Anime News Network’ listed his Titan form as one of the weirdest power-ups seen in anime. He was voted the 10th most popular male anime character in the Newtype poll from the 2010s. Eren won the ‘6th Crunchyroll Anime Award’ for the Best Antagonist. The character’s voice actor ‘Yuki Kaji’ won the award for Best VA Performance. Eren was voted as the most popular character from the series with 50,143 votes. 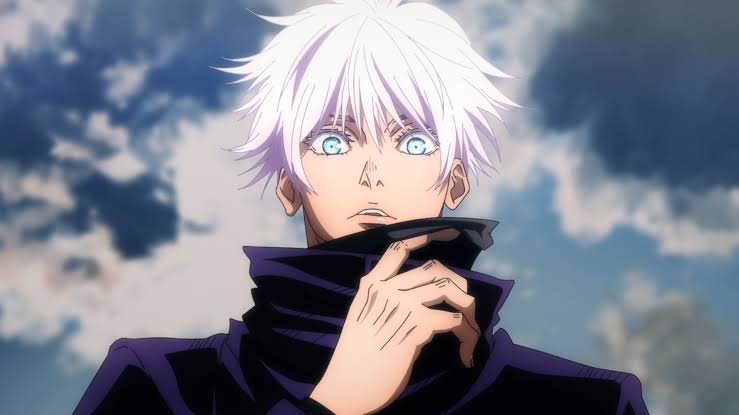 In March 2021, he was voted the most popular character in the franchise by “Viz Media” popularity poll. He was a nominee for the best male character in the ‘4th Crunchyroll Anime Award’. Satoru was the 9th most mature character in the series despite his childish personality. ‘IGN’ called Gojo as a fan-favorite character. In a poll from 2021 by LINE Research, Gojo took the first spot in regards to Jujutsu Kaisen characters.

The character was well received by the media for his carefree nature and the power shown when protecting his students. The “Bleeding Cool” said Gojo remains a more likable character. Satoru’s best ten fight scenes were also written by Comic Book Resources with his fight against Jogo. 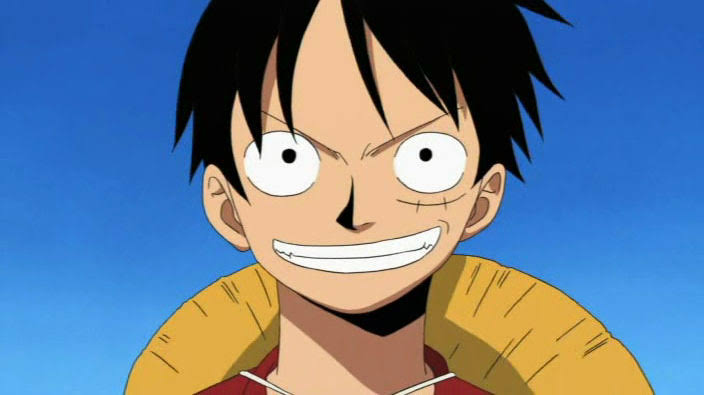 Monkey D. Luffy is also known as “Straw Hat” Luffy is a fictional character and the main protagonist of the One Piece manga series. The series was created by ‘Eiichiro Oda’. Luffy is the captain of the Straw Hat Pirates and dreamt of being a pirate since childhood from the influence of his idol Red-Haired Shanks. He uses his elasticity to concentrate his power, executing a range of attacks. In his signature attack, Gum-Gum Pistol, he slingshots punches at opponents from a distance.

Apart from manga series, he has appeared in most of the episodes, films, and television specials. Luffy has appeared in an original video animation of the manga’s anime adaptations and various franchise video games. Luffy is one of the world’s most recognizable manga and anime characters. The character is voiced by ‘Mayumi Tanaka’. In the English-language dubs of the franchise, the character was voiced by ‘Erica Schroeder’. The character ‘Luffy’ will be portrayed by ‘Inaki Godoy’ in Netflix’s live-action adaptation of One Piece. Luffy ranked first in all of One Piece Characters Official Popularity Poll.

NTT customers named Luffy as their second-favorite black-haired male anime character. In a Japanese survey of the most popular moves in manga and anime, the Gum-Gum Gatling technique topped the male category. He was nominated in the category of Best Male Character at the Japanese Animation Awards. Luffy was named in the list of top 25 anime characters of all time by Chris Mackenzie’s IGN list. In an interview, the famous Chinese actor and singer ‘Xiao Zhan’ said that he wanted to be like Luffy. 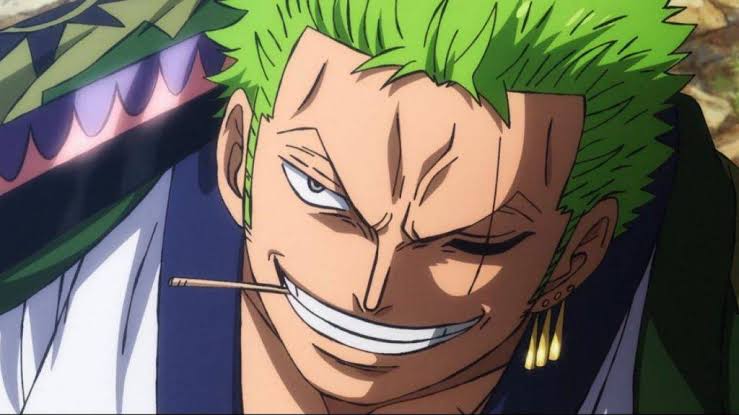 Roronoa Zoro also known as “Pirate Hunter” Zoro is a fictional character in the One Piece franchise. The series was created by Eiichiro Oda. In the story, Zoro is the first crewmate to join the “Monkey D. Luffy” crew after he is saved (by Luffy and Koby) from being executed at the Marine Base by ‘Captain Morgan’. He is one of the two swordsmen of the ‘Straw Hat Pirates’.

The character has a habit of frequently going into the wrong locations which is a running gag throughout the whole series. In the original Japanese version of the One Piece anime series, Zoro is voiced by Japanese voice actress ‘Megumi Urawa’ as a child and Japanese voice actor and narrator ‘Kazuya Nakai’ as an adult. In Odex’s dubs of the first 104 episodes of One Piece in Singapore, Zoro was voiced by ‘Brian Zimmerman’. Zoro has made several appearances in other media including video games like ‘Jump Super Stars’ and ‘Jump Ultimate Stars’.

He has also featured in Dragon Ball One Piece Naruto crossover game ‘Battle Stadium D.O.N’. Zoro will be portrayed by the famous actor ‘Mackenyu’ in Netflix’s live-action adaptation of One Piece. It is always among the top three most popular characters of all time. He ranked second in the Shonen Jump character popularity poll. Zoro was named in the list of one of the most desired characters to receive a spinoff. 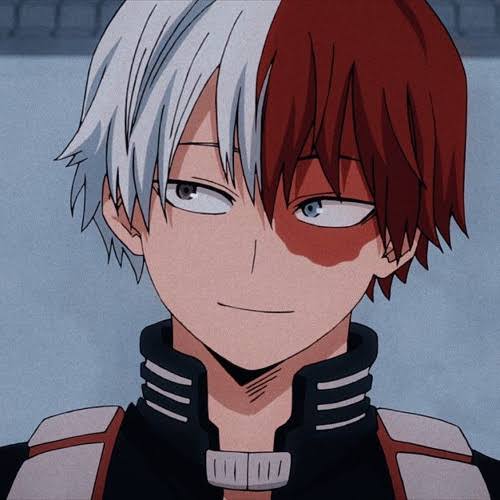 Shoto Todoroki is a superhero and one of the main protagonists of the manga series ‘My Hero Academia’. The series was created by ‘Kohei Horikoshi’. Being the only child who inherited both Endeavor and Rei’s quirks, Shoto was often separated from his siblings. He began to despise Endeavor after witnessing how Endeavor abused his mother. Shoto refused to use his fire powers as a result, though he began to use them more after a fight with ‘Izuku Midoriya’. Shoto’s quirk is Half-Cold Half-Hot which allows him to shoot flames from the left side of his body and freeze things with the right side of his body.

Originally Horikoshi had intended the UA Sports Festival solely to develop Shoto’s character. But later had to expand it to give more characters a chance to be in the spotlight. He was the only one who inherited both Endeavor and Rei’s quirks. when he was a child his mother threw a kettle of boiling water at him so the scar has been seen on the left of his face. The voice of the Shoto has been given by ‘Yuki Kaji’ in Japanese and ‘David Matranga’ in English. In the stage play, Ryo Kitamura portrayed the role of ‘Shoto’.

He was added to the crossover video game ‘Jump Force’. Shoto was ranked in the top three in the popularity poll. He was named in the list of top anime and manga characters. Shoto was awarded the 2nd Crunchyroll Anime Award. ‘Alex Osborn’ from IGN praised Shoto and his origins as emotional. The Anime UK News reviewer praised the character, as well as his voice actor in both the original Japanese and English dubbed versions.