The Most Popular Politicians 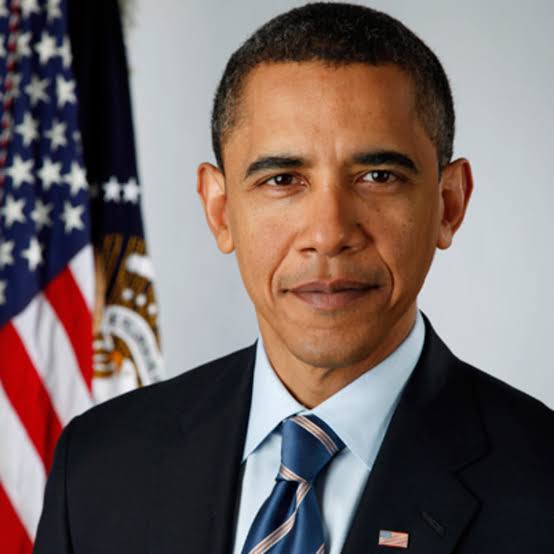 Barack Hussein Obama II is an American politician. He is known as the 44th president of the United States. Obama was the first African-American president of the United States. After graduating from Columbia University. He worked as a community organizer in Chicago. In 1988, Obama enrolled in Harvard Law School, where he was the first black president of the Harvard Law Review. He is a supporter of the ‘Democratic Party’. He became a civil rights attorney and an academic, teaching constitutional law at the University of Chicago Law School. From 1997 to 2004, he served as a U.S. senator from Illinois.

In 2004, he received national attention for his work. In the general election, Obama was elected over Republican nominee ‘John McCain’. He was named the 2009 Nobel Peace Prize laureate. During his first two years in office, he signed many landmark bills into law. The main reforms include ‘The Affordable Care Act’, ‘Public Health Insurance Option’, ‘The Dodd-Frank Wall Street Reform and Consumer Protection Act’, and ‘The Don’t Ask, Don’t Tell Repeal Act of 2010’. The American Recovery and Reinvestment Act and Tax Relief, Unemployment Insurance Reauthorization, and Job Creation Act served as economic stimuli amidst the Great Recession. After a considerable debate over the national debt limit. He signed the Budget Control and the American Taxpayer Relief Acts.

In foreign policy, he increased U.S. troop levels in Afghanistan, reduced nuclear weapons with the United States–Russia New START treaty, and ended military involvement in the Iraq War. Obama also ordered the military operation that resulted in the death of Osama bin Laden. He was re-elected by defeating Republican opponent ‘Mitt Romney’. On 20 January 2013, he was sworn in for a second term. During this term, he condemned the 2013 Snowden leaks as unpatriotic but called for more restrictions on the National Security Agency (NSA) to address privacy issues.

He also promoted inclusion for LGBT Americans. Obama nominated three justices to the Supreme Court ‘Sonia Sotomayor’, ‘Elena Kagan’, and ‘Merrick Garland’. During Obama’s terms as president, the American economy significantly improved. Scholars and historians rank him among the upper to mid-tier of American presidents. He did campaigning for Biden during the 2020 presidential election. Obama was honored with the Department of Defense Medal for Distinguished Public Service. He is the author of books like ‘Dreams from My Father’, ‘The Audacity of Hope: Thoughts on Reclaiming the American Dream’, and ‘A Promised Land’. 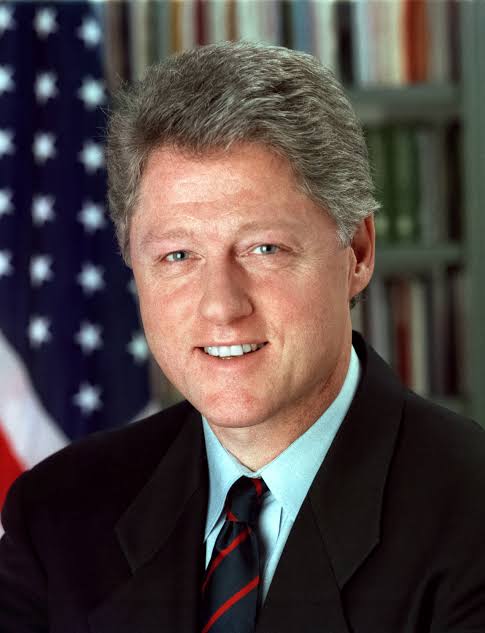 William Jefferson Clinton is an American politician. He served as the 42nd president of the United States. After graduating from Yale Law School. He returned to Arkansas and won the election as state attorney general. He served as chairman of the National Governors Association. Clinton was elected as president in the 1992 presidential election, defeating incumbent Republican president “George H. W. Bush”. At the age of 46, he became the third-youngest president of the United States and the first president to be born in the Baby Boomer generation. He presided over the longest period of peacetime economic expansion in American history. Clinton signed the North American Free Trade Agreement (NAFTA) and the Violent Crime Control and Law Enforcement Act.

In 1996, he became the first Democrat since ‘Franklin D. Roosevelt’ to win a second full term. Clinton began an ideological evolution as he became much more conservative in his domestic policy, advocating for and signing the Personal Responsibility and Work Opportunity Act, the State Children’s Health Insurance Program, and financial deregulation measures. He appointed ‘Ruth Bader Ginsburg’ and ‘Stephen Breyer’ to the U.S. Supreme Court. During the last three years of Clinton’s presidency, the Congressional Budget Office reported a budget surplus the first such surplus since 1969.

In foreign policy, he ordered U.S. military intervention in the Bosnian and Kosovo wars, eventually signing the Dayton Peace Agreement. During his presidency, many former Warsaw Pact members joined NATO. Clinton participated in the ‘Oslo I Accord’ and ‘Camp David Summit’ to advance the Israeli–Palestinian peace process, and assisted the Northern Ireland peace process. His presidency has been ranked among the upper tier in historical rankings of U.S. presidents.

He created the ‘Clinton Foundation’ to address international causes such as the prevention of HIV/AIDS and global warming. He was named in Gallup’s List of Widely Admired People of the 20th century. Clinton was inducted into Irish America magazine’s Irish America Hall of Fame for his crucial role in the Northern Ireland Peace Process. He was honored with the Presidential Medal of Freedom. 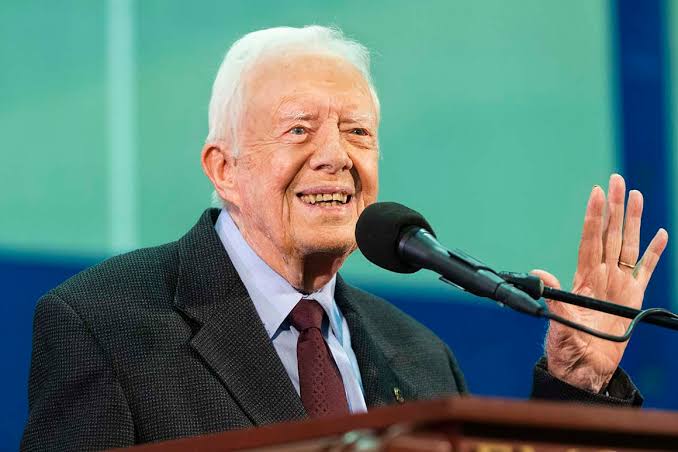 James Earl Carter Jr is an American politician. He is known as the 39th president of the United States. He graduated from the United States Naval Academy with a Bachelor of Science degree. Carter joined the United States Navy and served on numerous submarines. After the demise of his father, he left his naval career. He opposed racial segregation and supported the civil rights movement. Carter became an activist within the ‘Democratic Party’. From 1963 to 1967, he served in the Georgia State Senate.

In 1970, he was elected as the governor of Georgia. In the presidential election, he defeated incumbent Republican President “Gerald Ford”. On his second day in office, he pardoned all Vietnam War draft evaders by issuing Proclamation 4483. Carter established two new cabinet-level departments ‘The Department of Energy’ and ‘The Department of Education’. He created a national energy policy that included conservation, price control, and new technology. He pursued the Camp David Accords, the Panama Canal Treaties, and the second round of Strategic Arms Limitation Talks (SALT II). Carter is the only president to have served a full term in office and not have appointed a justice to the Supreme Court. He has established the ‘Carter Center’ to promote and expand human rights.

He was awarded the Nobel Peace Prize for his work in co-founding the center. Carter has worked hard to conduct peace negotiations, monitor elections, and advance disease prevention and eradication in developing nations. He is considered a key figure in the charity “Habitat for Humanity”. He is the author of the books like ‘An Hour Before Daylight’, ‘Living Faith’, and ‘We Can Have Peace in the Holy Land: A Plan That Will Work’. Carter was awarded the ‘Gold Medal’ from International Institute for Human Rights.

A fish species ‘Bluegrass Darter’ was given the scientific name “Etheostoma Jimmy Carter” for his environmental leadership and accomplishments in the areas of national energy policy and wilderness protection, and his lifelong commitment to social justice and basic human rights. He has been nominated for the Grammy Awards 9 times in the Best Spoken Word Album category, winning three times. He is one of the oldest people to win a Grammy Award. The U.S. Navy named the third and last Seawolf-class submarine the USS Jimmy Carter (SSN-23). He was honored with “The Delta Prize for Global Understanding” from Delta Air Lines & The University of Georgia. 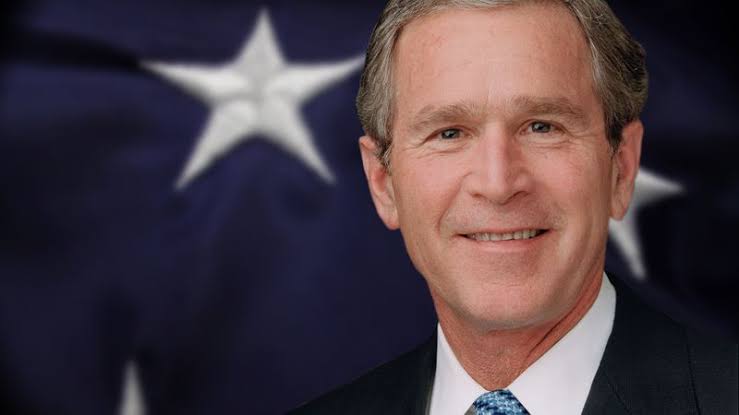 George Walker Bush is an American politician. He is known as the 43rd president of the United States. After graduating from Harvard Business School. He worked in the oil industry. He is a co-owner of the baseball team ‘Texas Rangers’. In 1994, he was elected as governor of Texas. Bush successfully sponsored legislation for tort reform, increased education funding, set higher standards for schools, and reformed the criminal justice system. He also helped to make Texas the leading producer of wind-powered electricity in the nation. In the 2000 presidential election, Bush defeated Democratic incumbent Vice President ‘Al Gore’.

He signed a major tax cut program and education reform bill, the No Child Left Behind Act. Bush pushed for socially conservative efforts such as the Partial-Birth Abortion Ban Act and faith-based initiatives. He signed the Medicare Modernization Act, creating Medicare Part D and funding for PEPFAR. In 2004, he was re-elected by defeating Democrat ‘John Kerry’. During his second term, he did multiple free trade agreements. He appointed ‘John Roberts’ and ‘Samuel Alito’ to the Supreme Court.

He was widely criticized for his handling of Hurricane Katrina and the midterm dismissal of United States attorneys. In January 2007, he launched a surge of troops in Iraq. He has received numerous honors in recognition of his career in politics. Two elementary schools are named after him George W. Bush Elementary School of the Stockton Unified School District in Stockton, California, and George W. Bush Elementary School of the Wylie independent school District in St. Paul, Texas, in the Dallas-Fort Worth area. He is the author of the book ‘A Charge to Keep’. 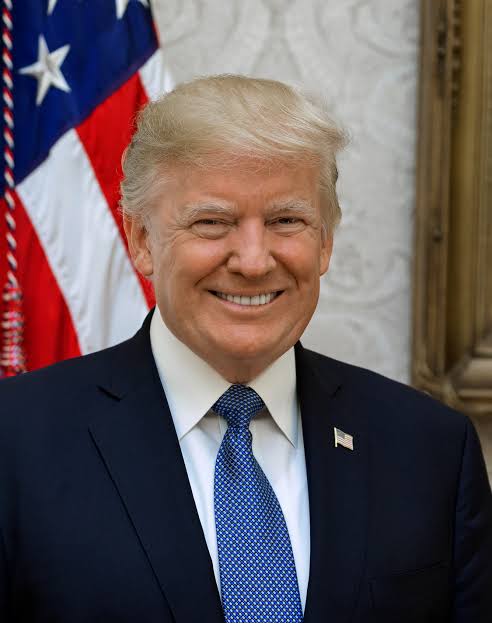 Donald John Trump is an American politician, media personality, and businessman. He is known as the 45th president of the United States. He studied at the Wharton School of the University of Pennsylvania. Trump became president of his father’s real estate business. Later he renamed it ‘The Trump Organization’. He expanded the company’s operations to building and renovating skyscrapers, hotels, casinos, and golf courses. He co-produced and hosted the reality television series ‘The Apprentice’. Trump’s political positions have been described as populist, protectionist, isolationist, and nationalist.

He defeated Democratic nominee ‘Hillary Clinton’ in the 2016 United States presidential election. He became the first United States president with no prior military or government service. The 2017–2019 special counsel investigation led by ‘Robert Mueller’ established that Russia interfered in the 2016 election to benefit the Trump campaign. Trump ordered a travel ban on citizens from several Muslim-majority countries, diverted military funding towards building a wall on the U.S.–Mexico border, and implemented a policy of family separations for apprehended migrants.

He signed the Tax Cuts and Jobs Act of 2017, which cut taxes for individuals and businesses and rescinded the individual health insurance mandate penalty of the Affordable Care Act. Trump has appointed 54 federal appellate judges and three United States Supreme Court justices. In foreign policy, Trump withdrew the U.S. from the proposed Trans-Pacific Partnership trade agreement, the Paris Agreement on climate change, and the Iran nuclear deal. Prior to the pandemic, Trump criticized the World Health Organization (WHO) and other international bodies, which he asserted were taking advantage of U.S. aid.

On 6 June 2021, Trump resumed his campaign-style rallies with an 85-minute speech at the annual North Carolina Republican Party convention. In the 2022 midterm elections, he endorsed more than 140 candidates for various offices. He registered a new company ‘Trump Media & Technology Group’. The company was formed for providing social networking services to customers in the United States. Trump was ranked second in Gallup’s annual poll asking Americans to name the man they admire the most. He was awarded the President’s Medal by the Freedom Foundation for his support of youth programs.