Rolls-Royce is one of the most luxurious cars in the world. In 1904, the founders “Charles Rolls” and “Henry Royce” built their first car in a Manchester factory. 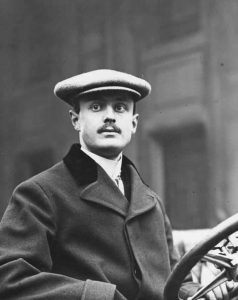 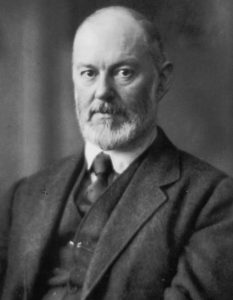 The hood ornament decoration of Rolls-Royce is called “Spirit of Ecstasy”. It is in the form of a woman leaning forwards with her arms outstretched behind and above her. 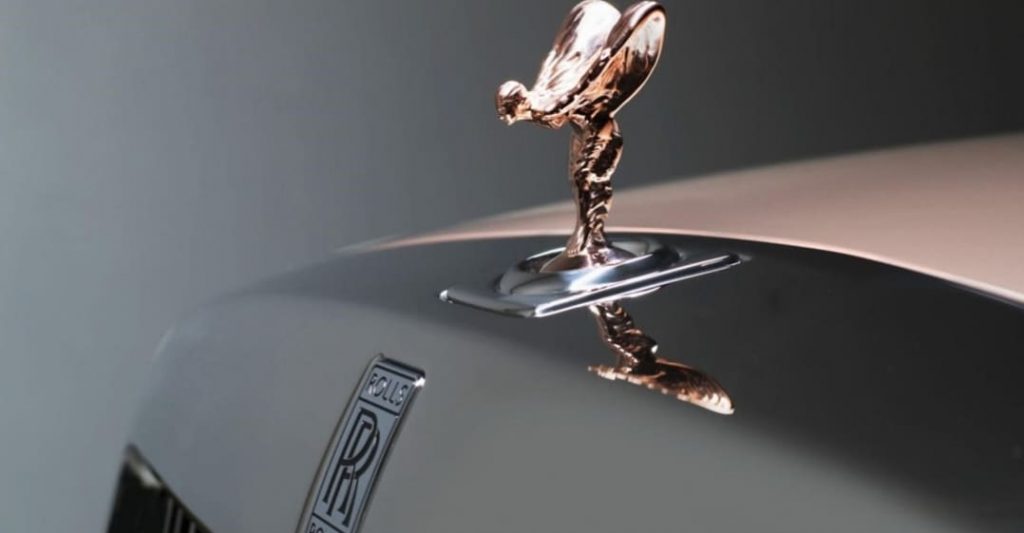 3) Rolls-Royce Logo On The Wheel

The Rolls-Royce is the only car in the world that when anyone drives it the Rolls-Royce “RR” logo in the middle of the car’s tires does not rotate. 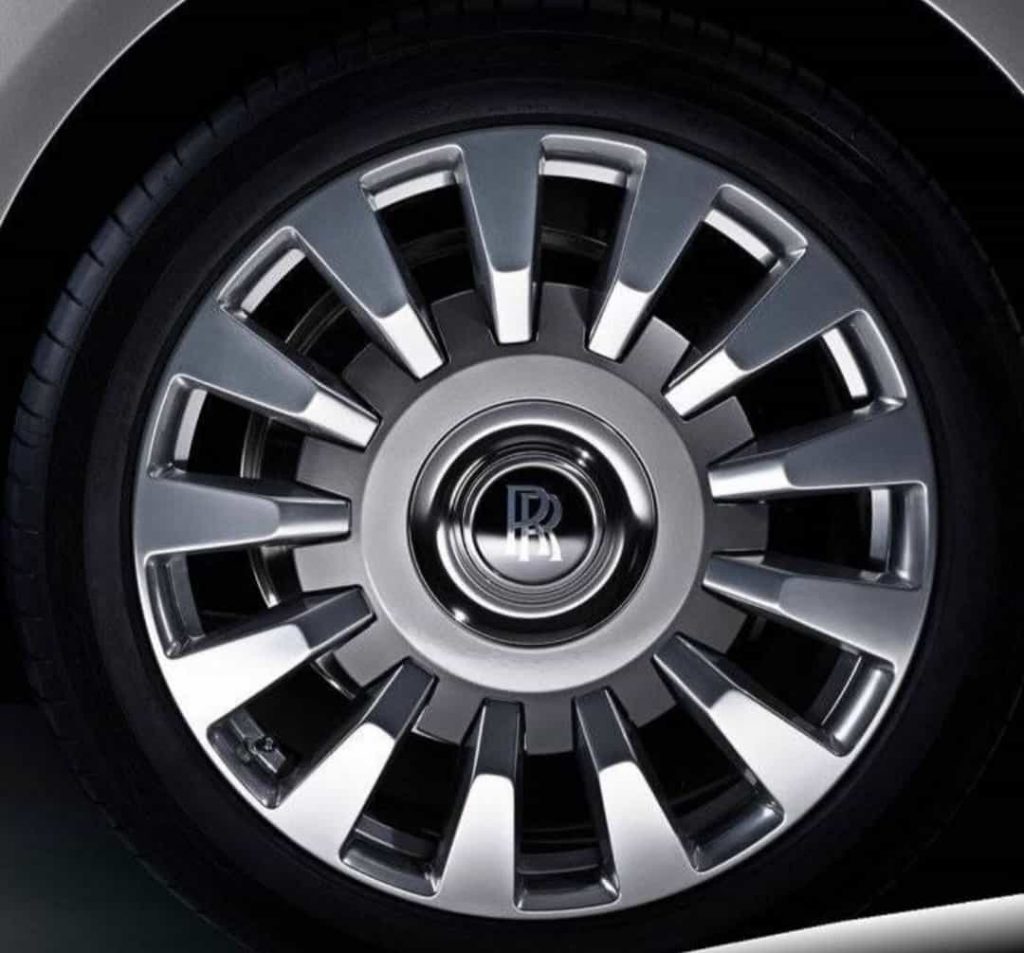 The innovative center caps of Rolls-Royce have anti-rotators, which cause the brand’s mark on the wheels to always remain straight so that the logo of Rolls-Royce is always visible. This shows how committed Rolls-Royce is to its smallest features. Next time you see any Rolls-Royce you must notice this unique thing.

4) One Man Paints Stripes In All The Rolls-Royce Cars

Mark Court is the only person that can paint the pinstripe on a Rolls-Royce. He has been doing this challenging job since the company opened its Goodwood plant in 2003. 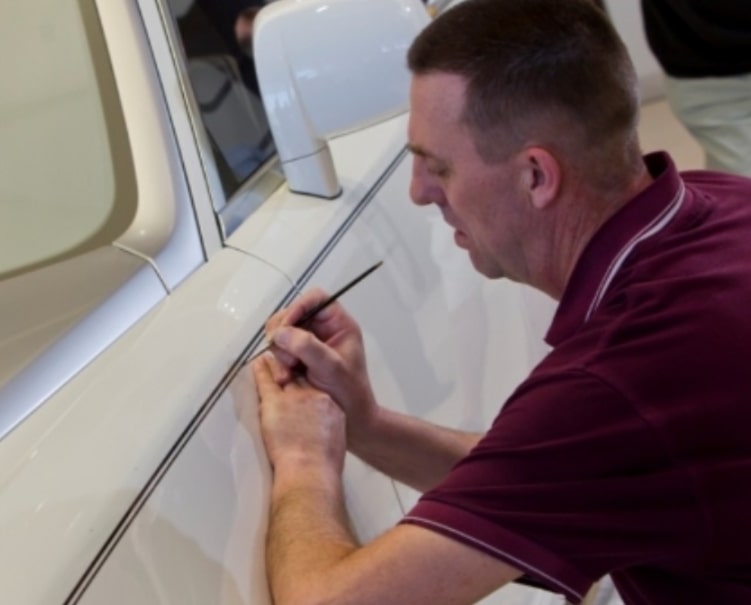 The paint immediately adheres to the paint of the car so mistakes lead to complete repainting. Once in an interview, Mark Court said that the hardest part about painting the pinstripe was getting over the fact that the car is “6 meters long and costs more than $360,000.

The bulls whose skin they use for their interiors are raised in the region of Europe where the climate is too cold for mosquitoes and other insects to live, these minimize bite marks. 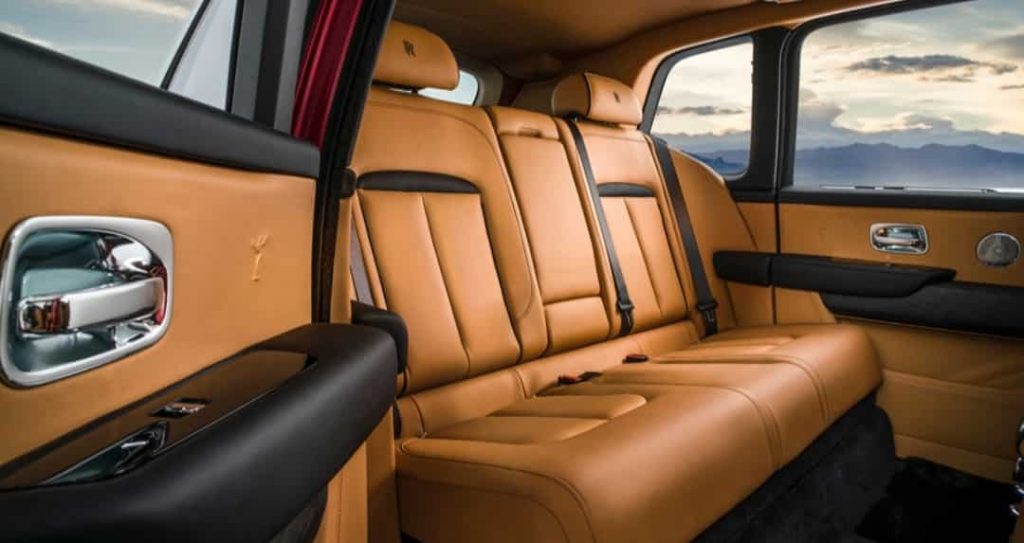 So that you get blemish-free and cottony-soft seats. That’s the level of detail the company goes into. More than 8 bull leather is used to make the interior of a Rolls-Royce car.